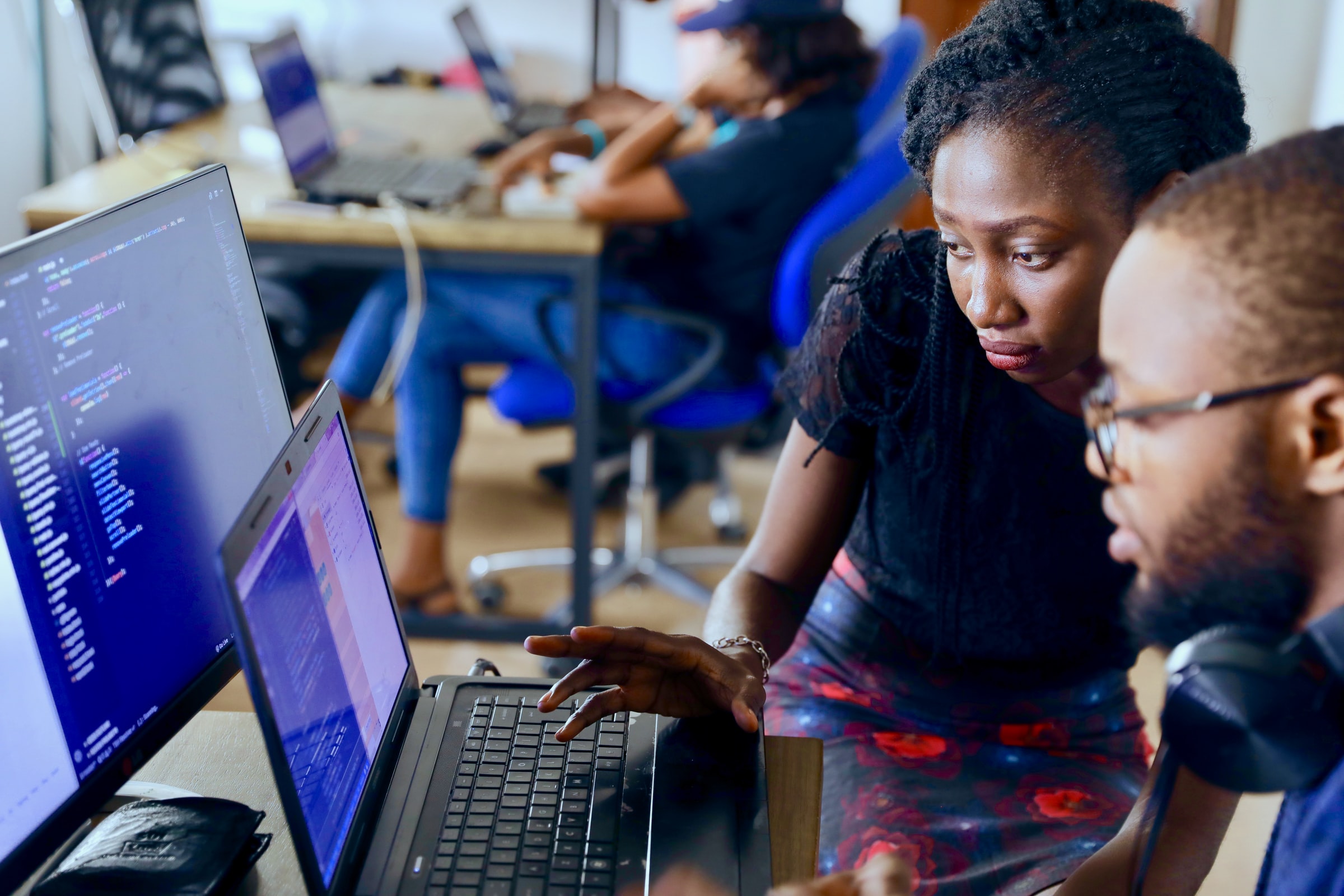 There's never been a better time to look for a software engineering job at a startup in the Netherlands. With a booming tech sector, strong economy and attractive benefits, it's really no surprise. Startups now account for over 109k jobs. That's the good news. The great news? Startups and scaleups are almost always hiring, and there's a high demand for software engineers. With SaaS continuing an unstoppable rise and transformation of both B2B and B2C markets, the era of the software engineer has well and truly begun.

Techleap is dedicated to making sure you don't just survive, but thrive. To that end, we've put together this guide. It'll outline the basics of the startup world, where software engineers fit in that world, and what you can expect, should you take the leap.

(Also, for more about startups in general, check out Working at a startup in the Netherlands: The Basics)

What Does a Software Engineer Do?

As software engineering jobs go, you'll often be tasked with a lot of responsibility. Sometimes this is just making sure your department is running efficiently, or ironing out bugs. However, in a startup, you'll be forced to frequently shift between jobs and responsibilities. In a large company, developer jobs are fixed and usually part of a larger team.

Unsurprisingly, in the smaller, faster world of a startup, a lot of the work will fall to you. Your skill levels will be tested, and you'll be forced to adapt and anticipate. Boundaries between familiar roles will become blurred. For example, you might find yourself spending the morning writing CSS for the landing page, then the afternoon performing QA on the central database.

Have a look at some of the core tasks you'll have authority over, should you get a software engineering job in a startup:

- Updating and/or dealing with outmoded software

- Providing written manuals as you progress

- Analyzing and identifying errors and inefficiencies

When considering software engineering jobs at a startup, it's wise to weigh the pros and the cons. Big tech companies offer a lot of benefits - stability, fixed contracts, reliable wages and defined teams, to name a few. However, this is often at the cost of a certain level of expected career stagnation.

It's common for software engineers to reach mid-level management roles in big tech firms, then receive little to no further promotion. Reaching this point, many leave. Similarly, at big tech firms, your own passions, ideologies and ambitions may not align with those of the company.

Conversely, there is a lot of appeal to working as a software engineer at a startup. The financial aspect is riskier; if the startup fails, then you stand to lose a lot, but if the startup succeeds, then the rewards could be huge.  But that also means you have a huge amount of say in the product. You'll be able to make real change and have your choices truly affect the design of the product. And, on a moral level, you can choose a startup that reflects your own values.

Startups are inherently small organizations. You might be part of a team of as few as twenty people. Potentially, fewer. As such, you'll have to work a lot harder, and, as we talked about, be forced to wear a lot of different departmental hats. Coding? That's you. QA? You, too. UX/UI, CICD, Scrum; potentially you'll be the entire IT department.

Your fundamental skill levels will need to be very high, as you’re essentially in a leadership position now. Similarly, new problems will arise that you will need to anticipate. If you, or your team, don’t have those skills, then you’ll need to acquire them. Software engineering jobs in startups require an active approach - you can’t be passive and wait for a problem to arise. You’ll need a mindset that plans for problems ahead of time, and formulates solutions. On a practical level, this can manifest in having some QA experience. Any testing experience is valuable in a software engineer.

As an engineer, and potentially the only software engineer, you’ll be called on to solve all kinds of problems. Due to the nature of breaking new ground, you’ll be facing new problems, and often without any kind of guide. Your skills will be tested and the hours will be long. However, the upside of this is that you'll develop a vast skillset. If you started as a front or back end developer, at a startup you'll rapidly transform into a full stack developer.

Being part of the story

The earlier you join a startup, the more money you could make, but, equally, the more work you have to put in. Considering the stage of the startup is crucial. Joining while the team is young and small will give you a lot of influence on the shape and design of the product. You'll become rapidly invested in the project, both emotionally and - potentially - financially.

Joining at a later stage, perhaps as the startup edges closer to becoming a scaleup, is another option. Later stages provide less risk, as the product becomes tested and more reliable. The cost of this is that you'll potentially be joining a larger team, and might have less power than had you joined earlier. Which stage you choose is likely determined by your own desired level of risk.

As startups break new ground, you’ll effectively take on the role of cartographer. This means you’ll need to keep track of what choices you’re making, the iterations, any and all testing. Keeping records and writing manuals to your own software as you go will ensure those that join you as you go can follow. Expansion is inevitable in a (successful) startup, and should you be lucky enough to grow into a scaleup, you’ll want a training manual ready for new employees.

At a large tech company, career growth is generally encouraged, often promised, but rarely delivered. With many software engineers failing to engage emotionally with their large company jobs, it's no surprise they are looking for alternatives. Career growth from entry level to team leader sometimes takes almost a decade, the stability a large company offers can grow as stale as your chances of promotion.

Comparatively, startups offer growth as rapid as the growth of the startup itself, with all the risks that implies. If the startup does well, so will you. Being at the cutting edge of the tech industry will also inspire you. Attempting new things, challenging yourself and your colleagues will really give you that sense of self-fulfillment that many startup employees report. Has any software engineer role on the Techleap Job Board sparked your interest yet?

The short answer to that question is: almost certainly. As we said at the start of this guide, startups are responsible for more job growth than any other sector in the Netherlands, and all, amazingly, during the pandemic. Your career growth within the startup ecosystem will largely depend on the startup you work at, and your own skill level. Joining a startup as a software engineer to an extent pre-requires that you are highly skilled. It’s unlikely you’re anywhere near entry-level, and more likely are in a mid-level or higher role, such as a Lead Developer, HoD or Manager. Expect to start at the same role, and, as the startup expands, climb even higher.

Make your ambitions clear - tell the stakeholders that you want career growth, and they’ll take that into account. Consider the stage of the startup, and the kind of role you’re seeking.

If there’s a specific role you want, you’ll need to see if it already exists within the startup. If it doesn’t, can you create that role? If not, maybe that’s not the right startup for you. That’s fine - there is probably another!

When joining a startup, you'll essentially become a pioneer; you'll be exploring new territory, with no guarantees of if you'll find success, failure, or something in-between. One way or another, it'll be an adventure, and an adventure that has brought massive success to much of the Netherlands.

Be sure to weigh the pros and cons and consider your options.

When you're ready to explore this new and exciting territory, start your journey here! Techleap will help find the ideal startup for you. Soon, you'll be part of the exciting ecosystem of software engineering jobs in the Netherlands.